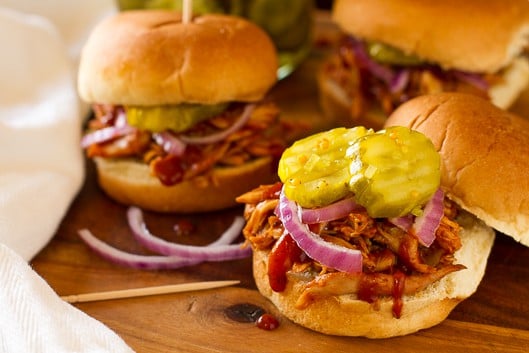 This is a sponsored conversation on behalf of Stubb’s Legendary Bar-B-Q Sauces; all opinions and text are my own. Thank you for supporting the brands that support this site!

In just the past 3 weeks we’ve had 5 weekend soccer tournaments and 10 regular season games. That’s 25 soccer games in under 21 days, plus practices, AND my oldest daughter squeezed in a few softball practices and a game when they didn’t conflict with soccer. I’m tired just thinking back on it, but we survived!

Thankfully we have just a handful of regular season games to go, but the chaos has taken its toll. I currently have six very full baskets of dirty laundry sitting in my dining room, and my fridge and pantry are nearly empty. Well, I should say now they’re nearly empty — the amount of spoiled produce I just tossed is shameful…

Dinners during this busy period were deliberately kept simple and easy, mainly consisting of whatever could be cooked quickly on the grill, pasta with some type of meat sauce, and simple chicken recipes — especially those that could utilize shredded rotisserie chicken.

I almost can’t believe I just typed that, but it’s true! Rotisserie chicken wasn’t even on my radar until a couple of years ago. We never purchased them growing up, and I’ve just continued to pass them by well into adulthood. I don’t even know what prompted me to pick one up a few weeks ago, but I have to say they’ve become a total sanity saver. Flavorful, juicy, already cooked and inexpensive, they’re a fantastic source of protein, while shaving off hours of prep time in the kitchen. 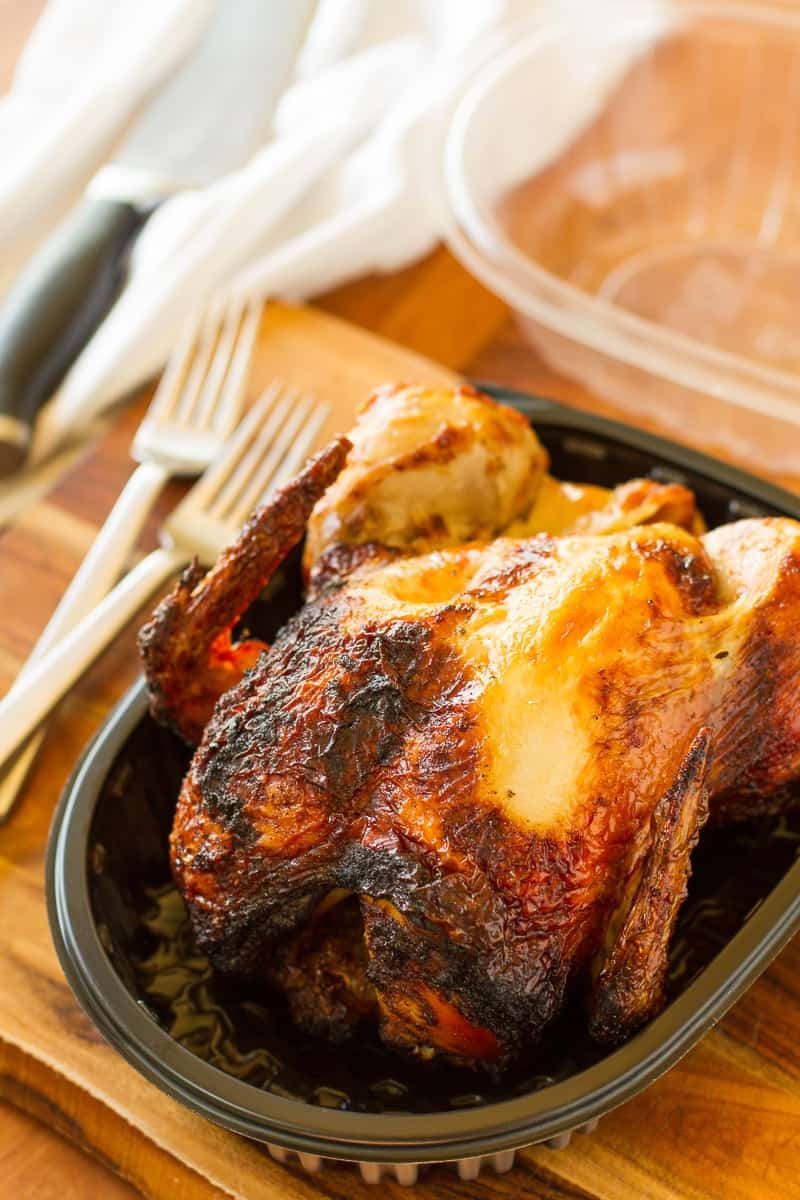 How To Shred A Rotisserie Chicken

Since I’ve become somewhat of a rotisserie chicken shredding expert, I thought I’d share some tips for making the process really easy and less messy. So if you’re a little bit intimidated by rotisserie chicken (as I was for so many years), these are for you. 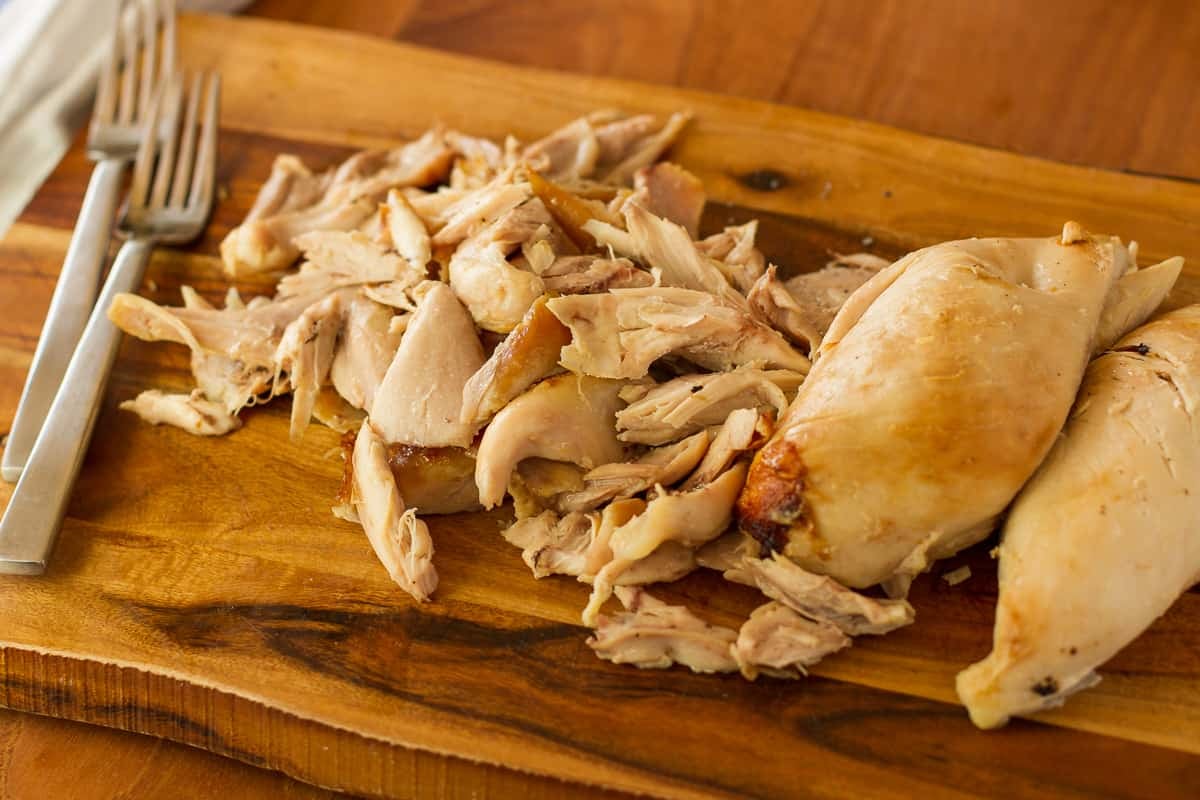 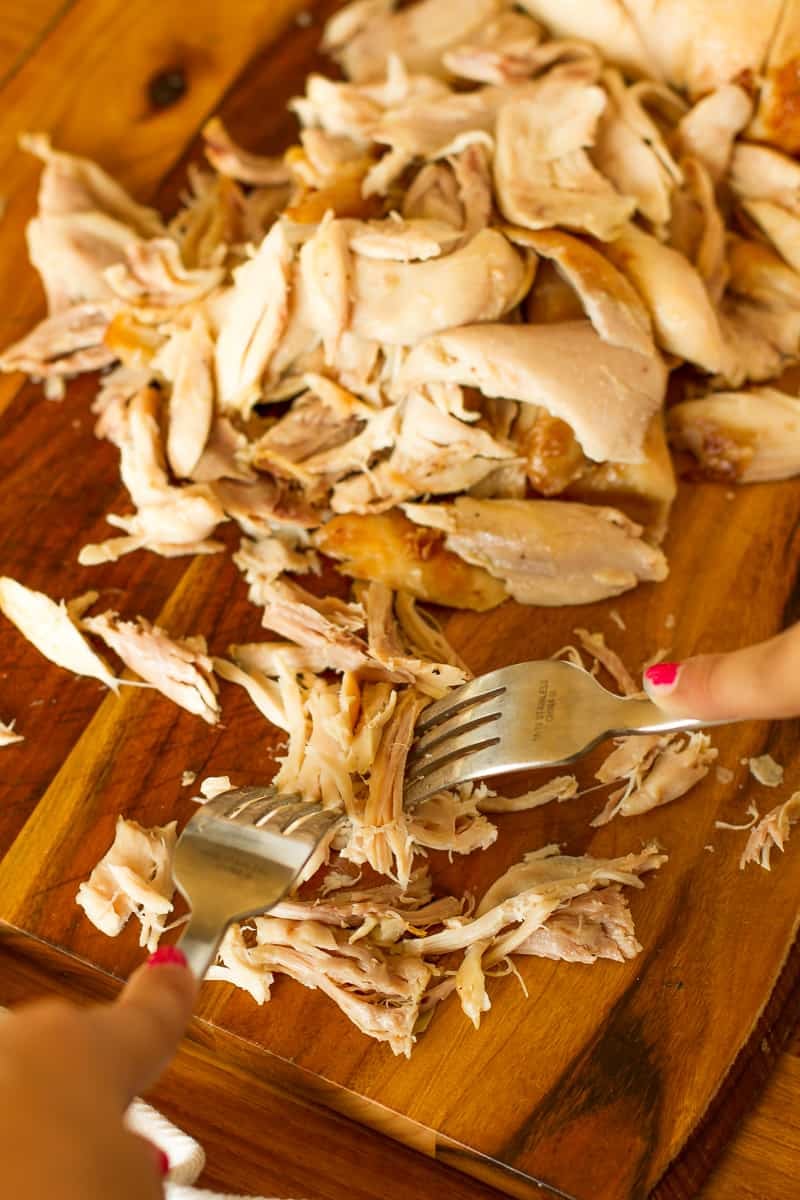 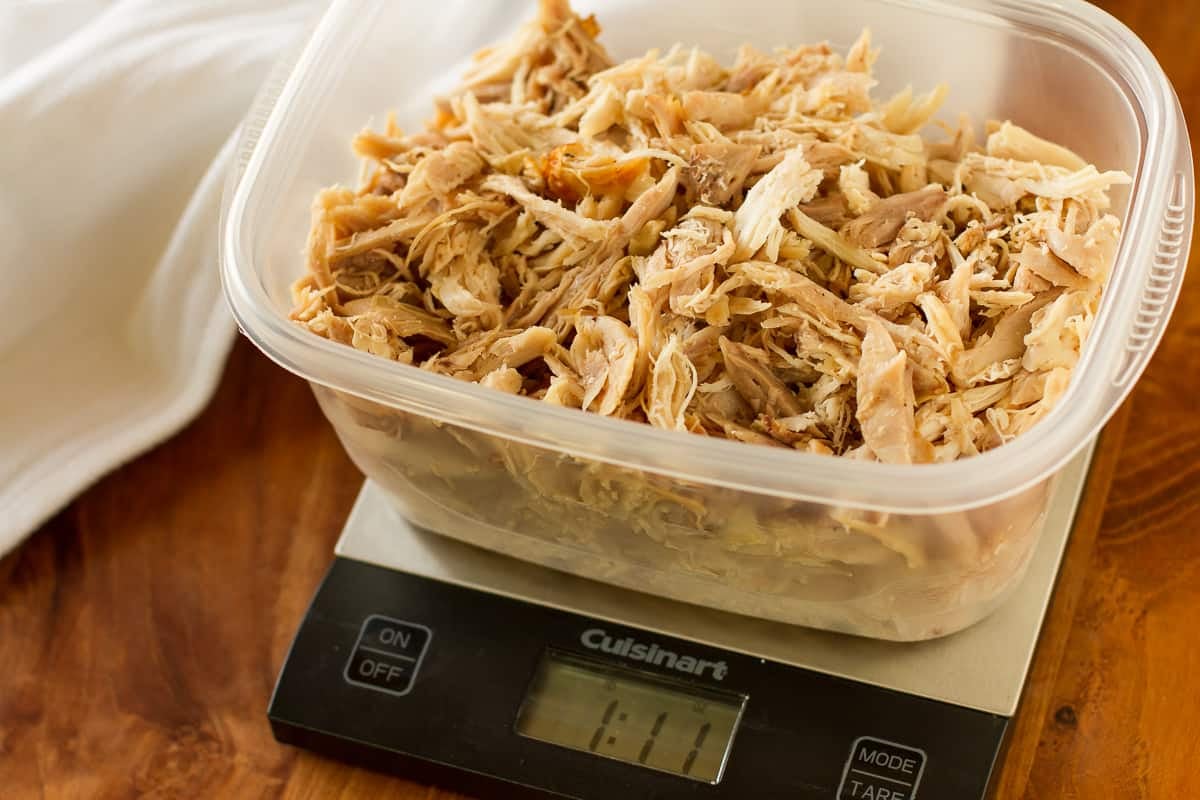 I’ve noticed some stores have started selling already shredded rotisserie chicken in the deli area, but you’re going to pay a premium for it to the tune of about $6.99 per pound — and you won’t have the leftover bones for making homemade chicken stock if you’re into that sort of thing. 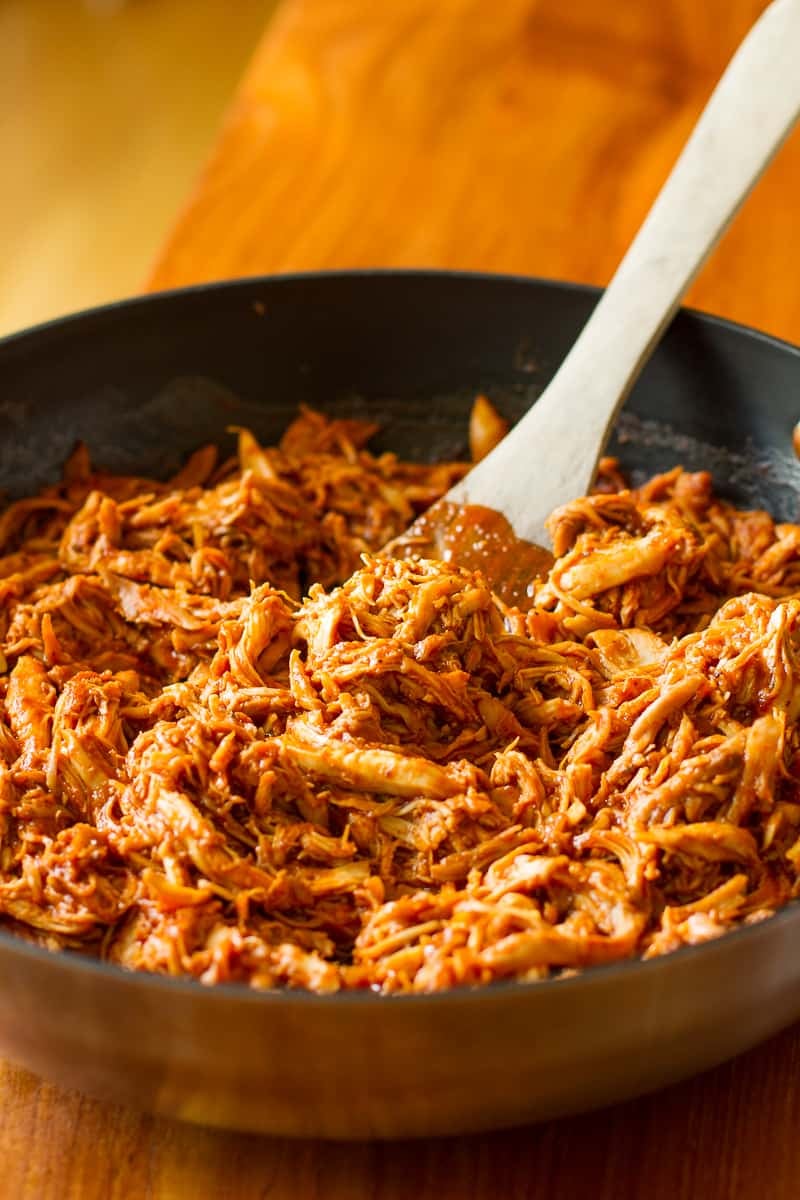 One of our go-to shredded rotisserie chicken meals is this BBQ shredded chicken sliders recipe. Okay, so maybe it doesn’t even qualify as a true “recipe”, but it’s a truly simple way to get dinner on the table in a hurry on a busy weeknight!

I just head to the grocery store and snag a package of Hawaiian-style slider buns, a rotisserie chicken, and a bottle of Stubb’s Bar-B-Q Sauce, and you’ve got all you need for a quick and easy meal at a fraction of the cost of a trip through a fast food drive-thru. 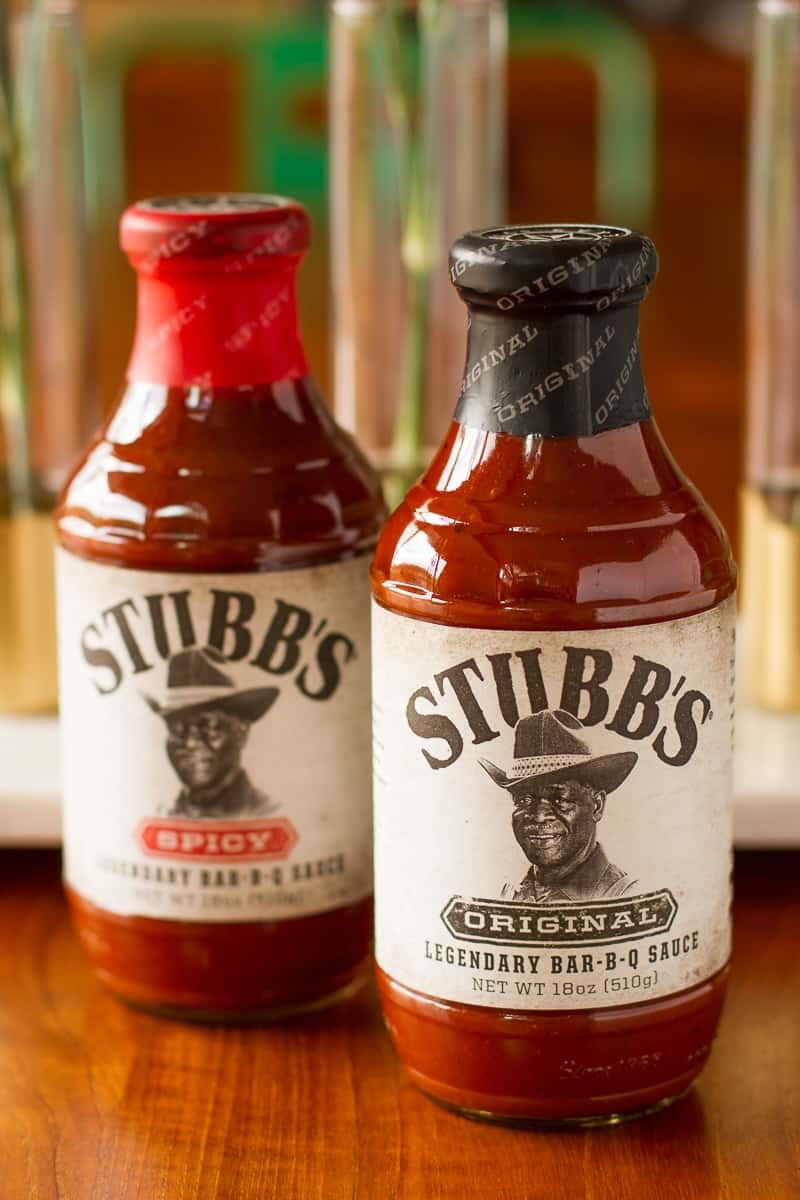 If you’re not familiar with Stubb’s Legendary sauces, let me just take a moment to acquaint you. Stubb’s sauces, spice rubs, marinades and Anytime Sauces have been sold in grocery stores since 1992 sauces and are still made today with the same real ingredients and goodness that were used when they were sold via a bar-b-q joint in the mid-eighties.

In whiskey bottles corked with jalapeños, no less! 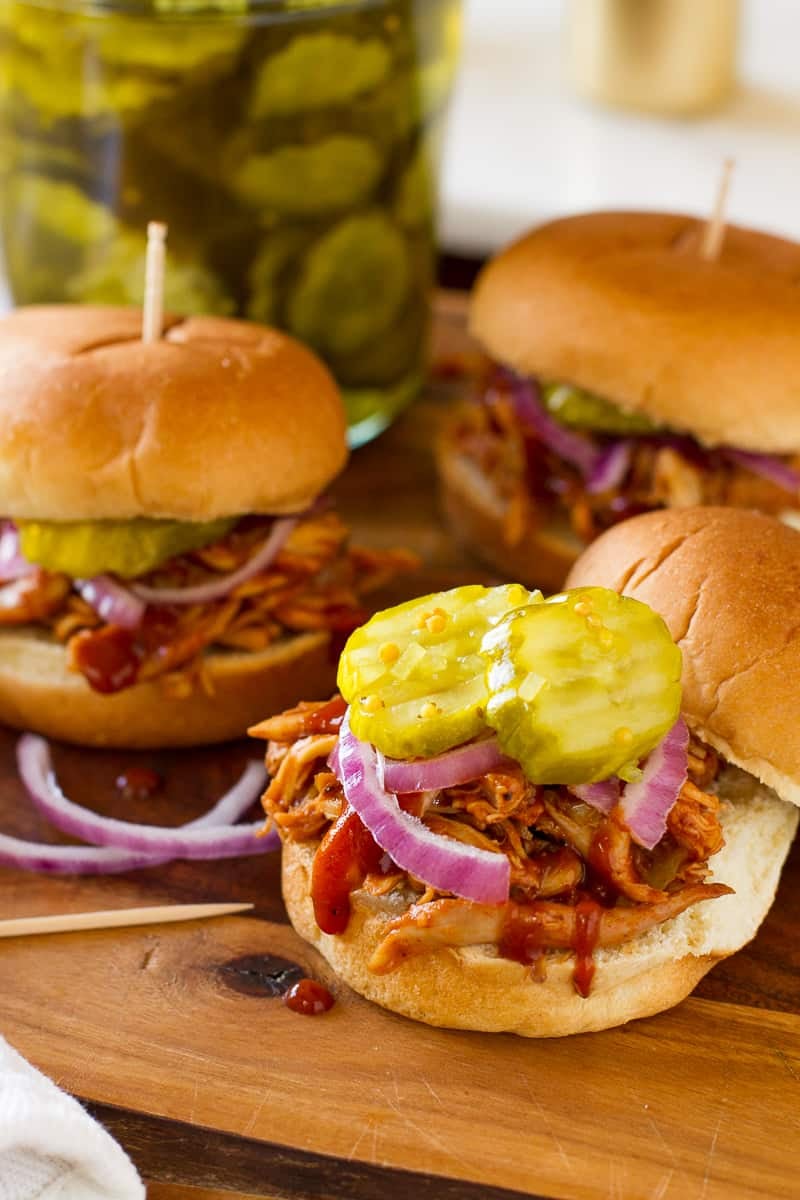 To make these BBQ shredded chicken sliders, I just warmed a bottle of Stubb’s Bar-B-Q Sauce (choose your favorite flavor: Original, Spicy, Sweet Heat or Hickory Bourbon) in a large skillet over medium-low heat. Then I tossed in my shredded rotisserie chicken and continued to cook until heated through. 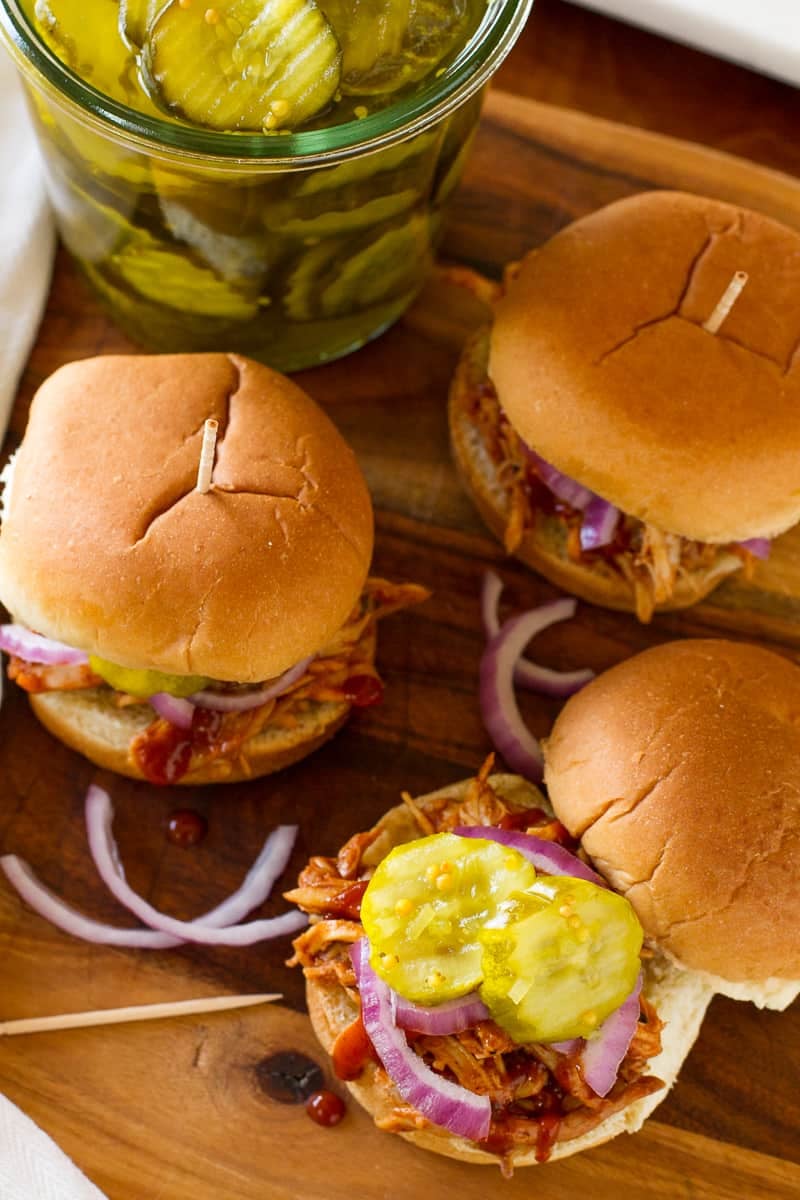 Stubb’s Legendary Bar-B-Q Sauces: Great flavor & real ingredients for those who know their away around the kitchen or the grill. Because as we all know, great food = the real good life! Real ingredients. Real goodness.

My kids would LOVE this! Thanks so much for sharing!

What a great idea! You save so much time that way. :)

Yum! These look so amazing and I can't believe how easy they were to make. We eat a lot of chicken in our home and I love the fast and delicious way to mix it up and make it tasty!

Yum, this looks so good! I buy rotisserie chicken all the time to spare myself a little time in the kitchen on weeknights. I haven't tried adding Stubb's to it though. I'm going to make this next week!

We LOVE using rotisserie chickens here... quick meals are the best! Love that you paired Stubbs BBQ sauce with the pickles and onions on the sliders :)