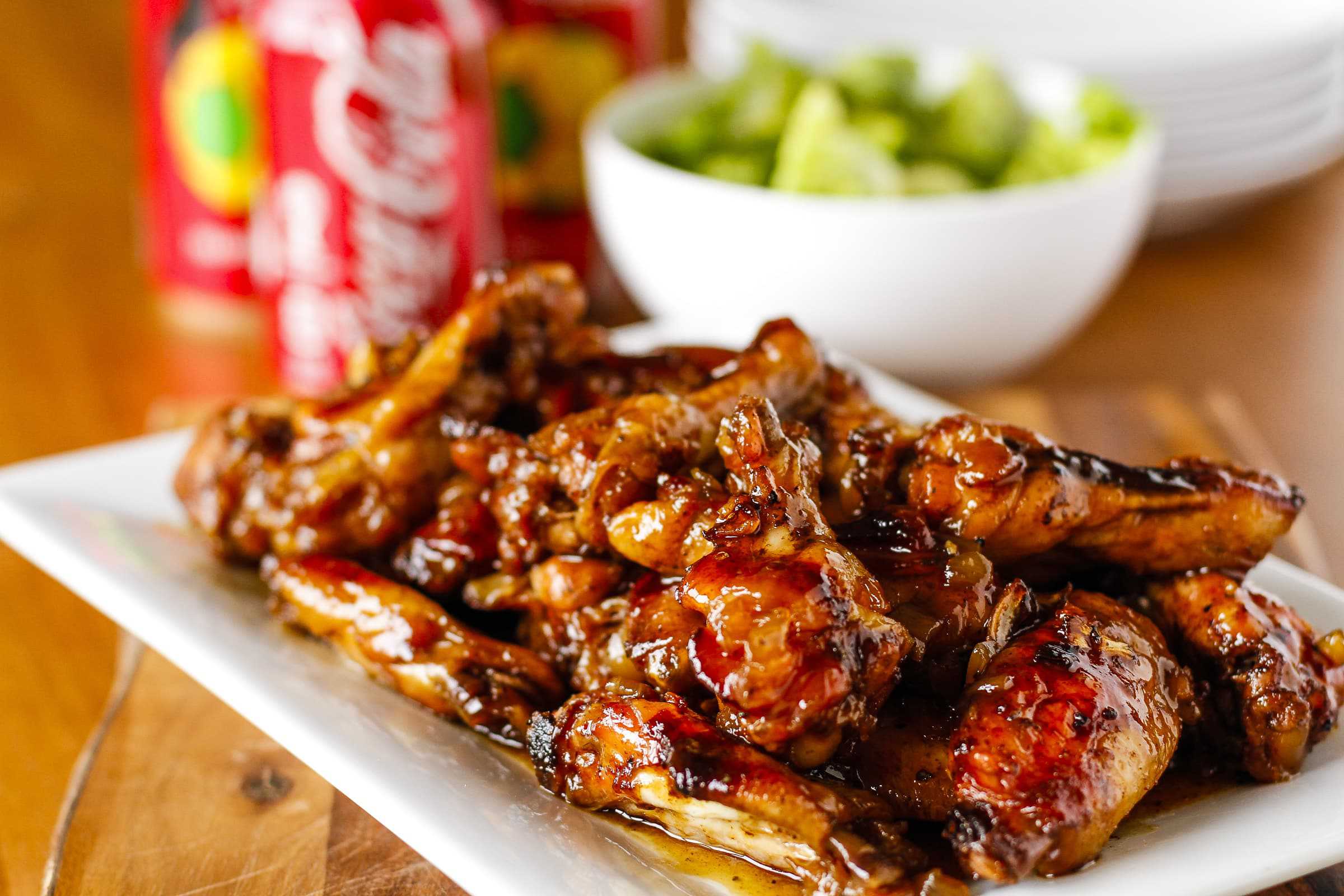 To say that my husband loves wings would be an understatement… If we’re dining out, nine times out of ten, he orders wings with his meal.

So when I was flipping through a cookbook at Walmart recently and ran across a recipe for baked chicken wings made with Coca-Cola, I just knew I had to put it on the menu for Father’s Day! Of course I had to do a trial run first — you know, just to make sure they tasted as good as they sounded…

And it’s a good thing I did. Don’t get me wrong, the first batch of baked chicken wings was good. But they weren’t the out-of-this-world good that I really wanted to achieve. While I give the baked chicken wings recipe high marks for ease of preparation as written, it called for baking the wings in the sauce, which left the wings a little overcooked and gummy. Blah..

With a little research, I learned that parboiling the wings first makes them extra crispy, so I figured I’d give that a try. I also baked them on a wire rack placed over a baking sheet for good measure, waiting to coat them with the Coca-Cola BBQ sauce until the last five minutes.

Finally, I prepared the Coca-Cola BBQ sauce entirely on the stovetop (instead of just finishing it on the stovetop) while the chicken wings were baking. All in all, my method is a little more hands-on, but the total preparation and cooking time is actually much shorter. And the results are worth it! 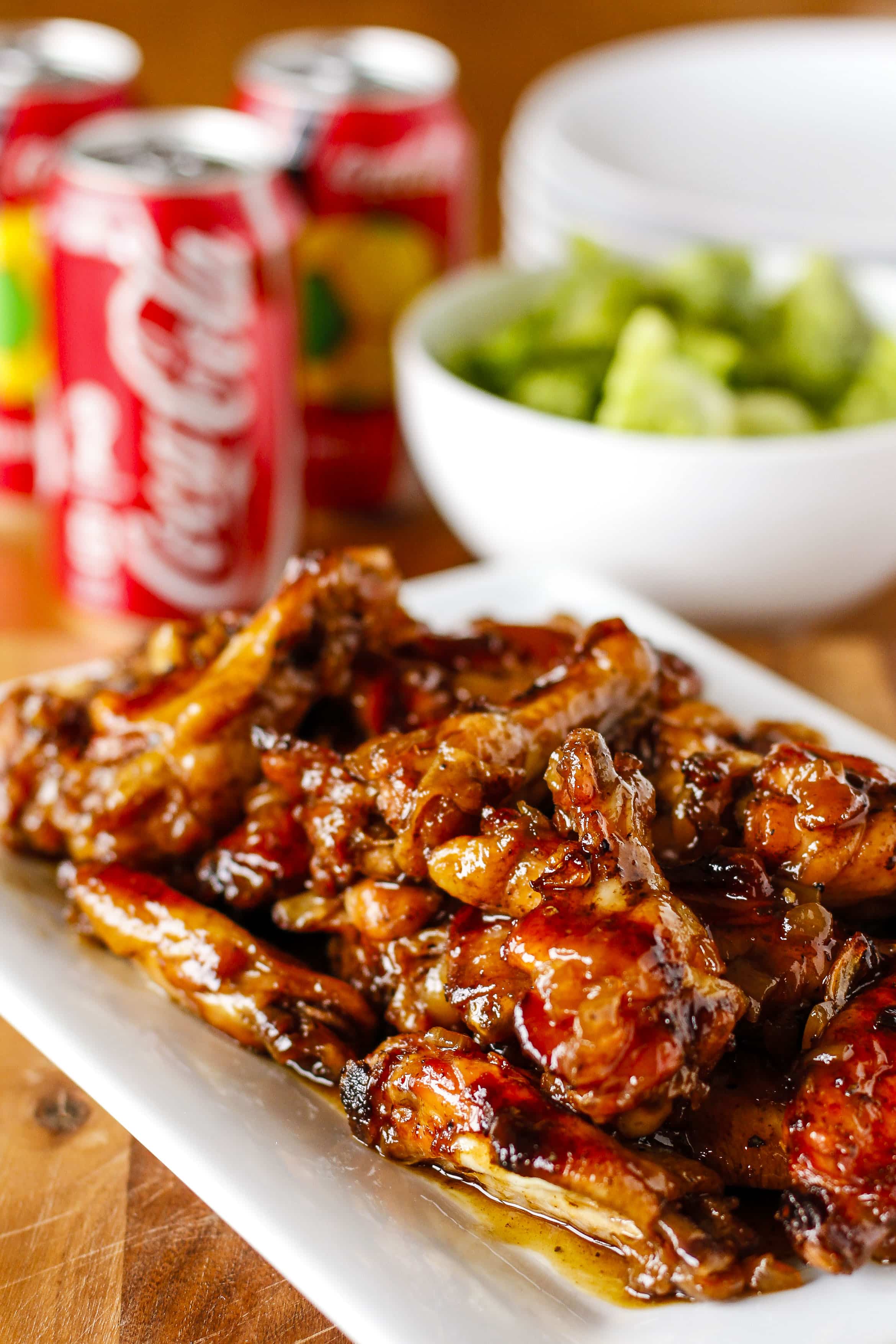 The Coca-Cola in the baked chicken wings sauce gives it a sweet, tangy flavor, similar to a teriyaki. I added about a teaspoon of chipotle powder because my husband likes some heat, but if you prefer a milder, less spicy flavor, feel free to omit it. Either way, it’s a fantastic combination!

adapted from The Coca-Cola Cookbook

Looking for another recipe that uses Coca-Cola as an ingredient? You will adore this Coca-Cola baked chocolate donut recipe!

I really liked the sauce in this recipe but not the texture of the parboiled chicken. For those who prefer a crispier skin on your wings, I suggest skipping that step, turn the temperature down to 425, cooking the wings a little longer to crisp the skin, and then pick the recipe up at step 4.