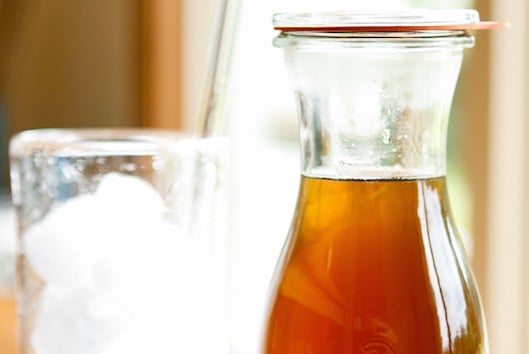 A traditional simple syrup recipe calls for equal parts of sugar and water, but by doubling the amount of sugar, you’ll end up with a thicker, sweeter syrup that makes sweetening your favorite sweet tea, iced coffee, lemonade, well, simple! 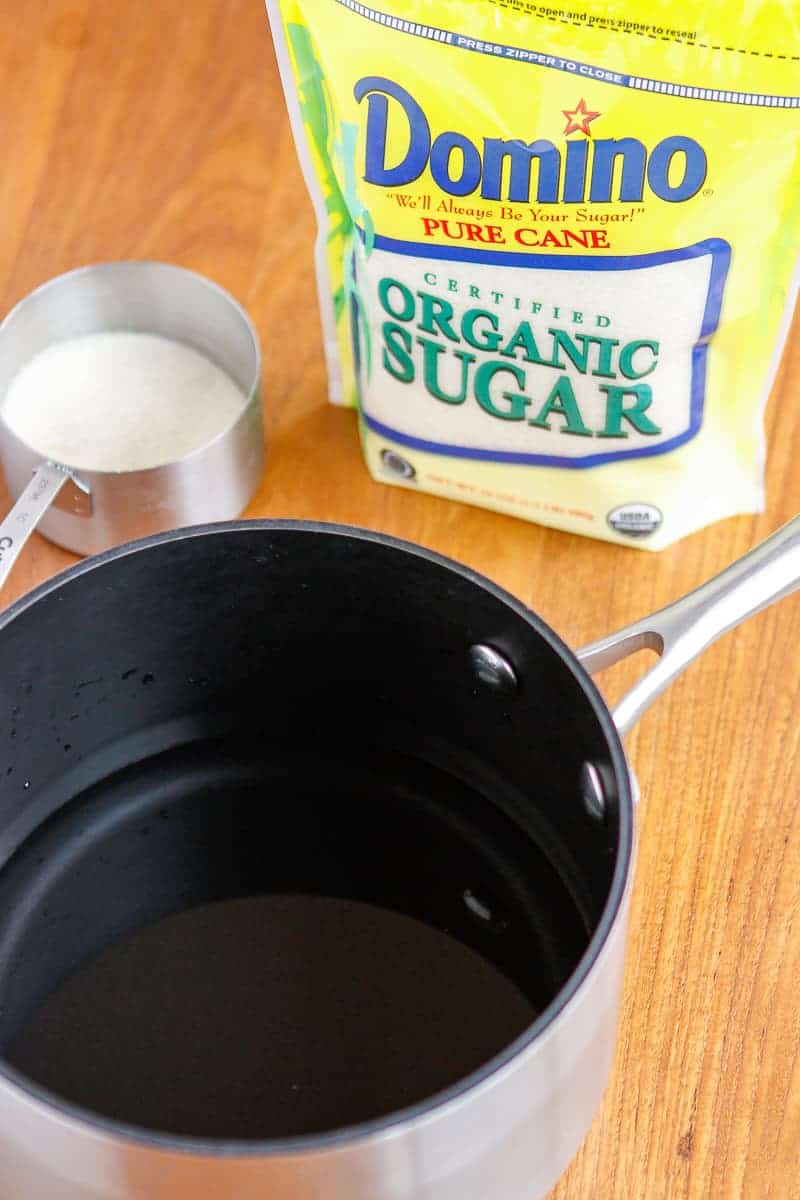 Making this double strength simple syrup couldn’t be easier. Just bring one cup of water to a boil, add in 2 cups of sugar, and stir while boiling until all of the sugar crystals are dissolved. They don’t call it simple for nothing!

Allow the mixture to cool, and store tightly covered in the refrigerator for up to 6 months. That’s right — 6 months!!! Chances are you’ll be making another batch long before that with the hot summer weather on the horizon, though. 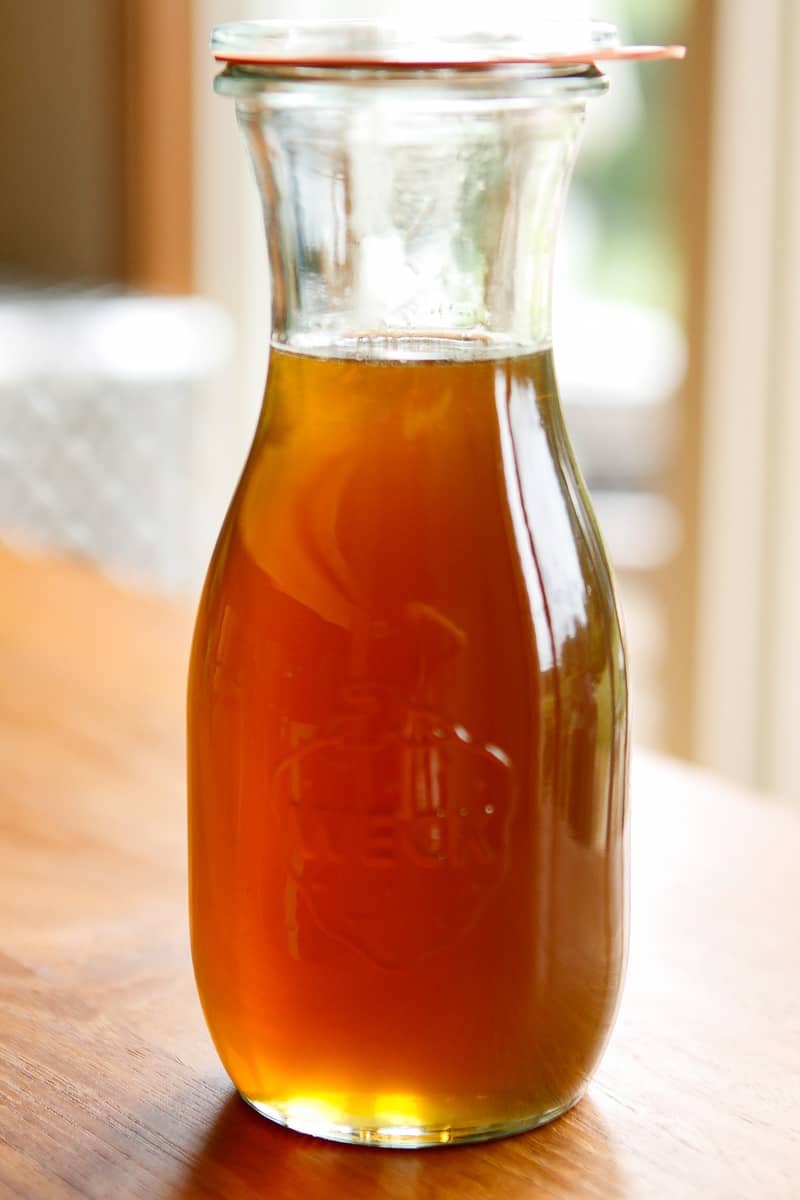 Note that my simple syrup is amber colored, because I used organic sugar, which may alter the appearance of your beverages, though they will still taste fantastic! Refined white sugar will produce a simple syrup that is more clear. Both work equally well, so use whatever type of granulated sugar you would normally use.

This simple syrup recipe can easily be infused with other flavors, as well — try a few drops of vanilla, some mint leaves, or even chili peppers… Yes, chili peppers — jalapeño margaritas are simply amazing!

Just add your extra flavorings during the cooling step. If it’s a liquid, you’re all set. If you use an herb, fruit, etc., you’ll want to strain out the particles before refrigerating. Check out this ginger simple syrup for an example!

Miss @ Miss in the Kitchen

So smart! I will have to do this!

I'm wondering why I haven't thought to make simple syrup in double strength before?! Love this!

That's a great tip and I agree, the bottle is great!

Tara, where did you get the bottle to store the simple syrup? I have been looking for some inexpensive yet good looking bottles to store homemade goodies ie: vanilla extract. to give as gifts as well as for myself. Thanks!!

It's a Weck juice jar -- isn't it cute?!? The one pictured is the 1/2 liter size. You can find them on Williams-Sonoma!