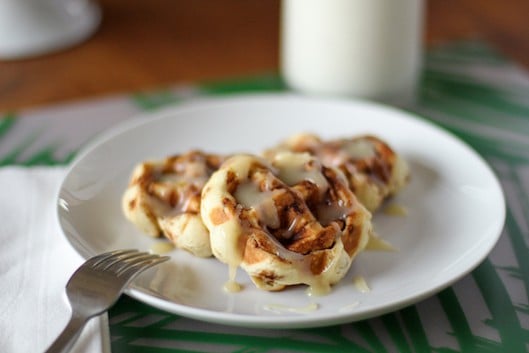 Disclosure: I received compensation from Ralcorp and The Motherhood for the time and effort spent creating this post. However, my participation in this program is voluntary and my opinions are my own — always have been, always will be.

I’ve seen a number of posts on making cookies in a waffle maker, so when I was trying to come up with an easy “recipe” using Great Value refrigerated cinnamon rolls, it occurred to me that it might be fun to try baking them in my waffle iron.

I was a little nervous that it wouldn’t work, thinking they might stick and just be a huge mess, but they came out perfect and delicious! I may never bake my cinnamon rolls again… 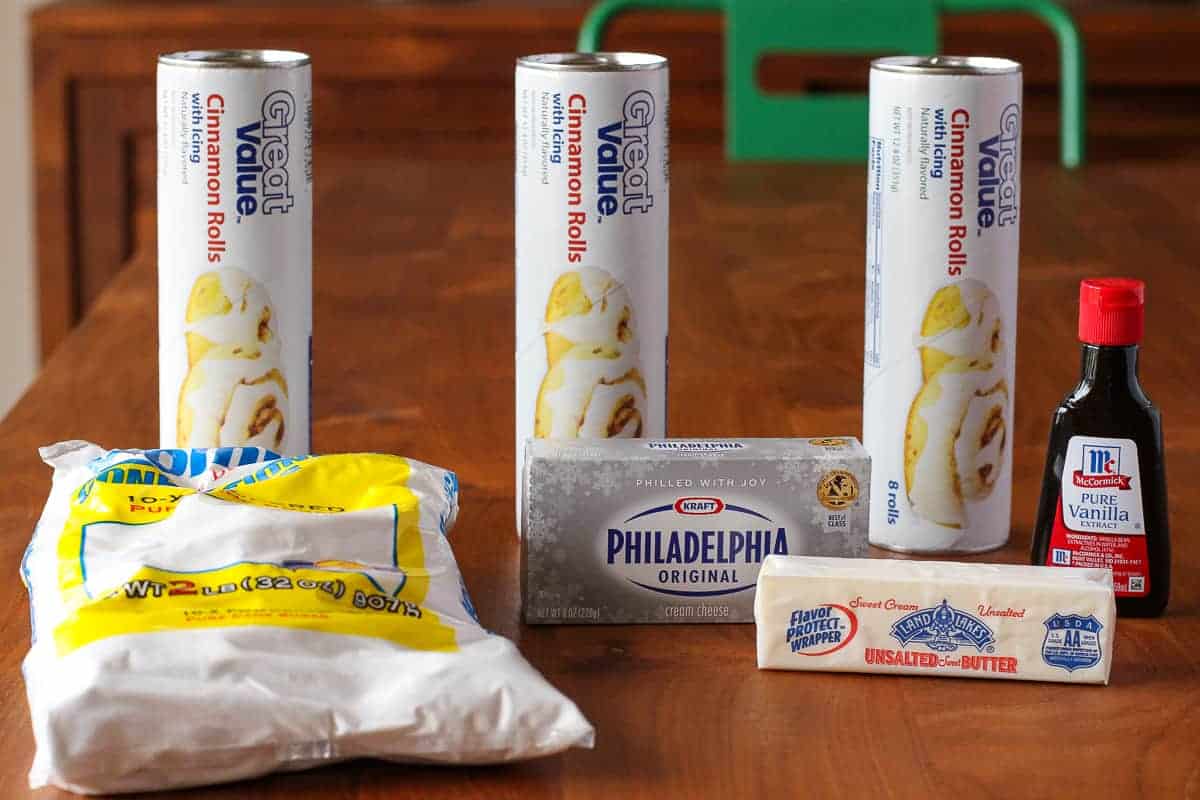 Really the only thing you need is Great Value refrigerated cinnamon roll dough, but if you want to top it with the yummy cream cheese glaze “syrup” I’ll share in just a moment, you’ll want to pick up all of the following ingredients:

You could certainly just use the glaze that comes with the cinnamon rolls, but I think the homemade cream cheese glaze makes the waffles extra delicious! 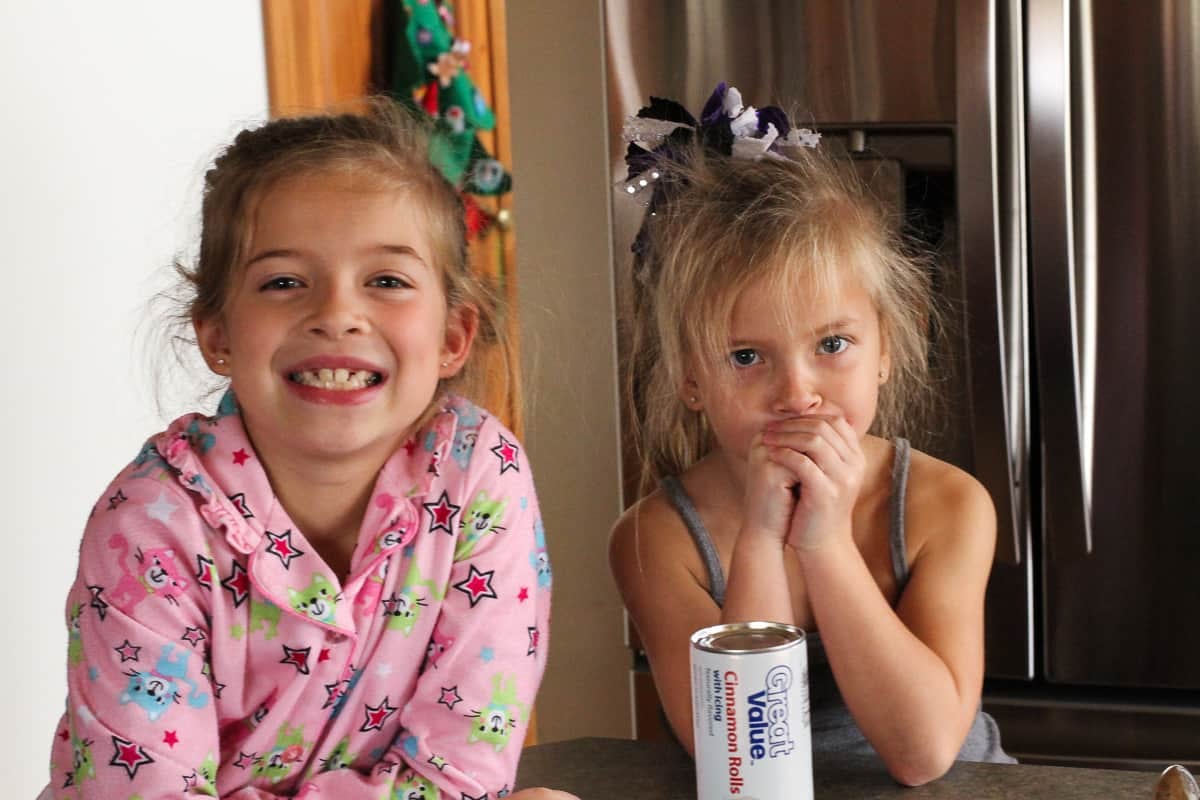 I had a couple of kitchen helpers to assist me with this little project — of course. Fortunately, making cinnamon rolls in a waffle maker is super simple and allows for even young children to help out.

Simply heat your waffle iron up — I used setting #4 on mine, which I think would be somewhere around medium-high if your waffle iron is calibrated differently. When it was done preheating, I brushed the top and bottom of the iron with coconut oil. I’m sure any cooking oil or baking spray would do (well, I guess not olive oil — that would taste odd).

Then break your refrigerated cinnamon rolls up and place one on each square as pictured above. Close the waffle iron, and they should be done when the automatic timer goes off! I’d say they only took about 60 seconds to cook if you don’t have an automatic timer.

These cinnamon roll waffles would be the perfect quick and easy special occasion breakfast. I know we’ll definitely be making these again on Christmas morning!

For the cinnamon roll waffles:

For the cream cheese syrup:

For the cinnamon roll waffles:

For the cream cheese syrup:

I made these for breakfast this morning. Yum! Thanks for sharing the recipe. =)

What a fun breakfast!!

Love love this!! I have the same waffle maker - must make this soon!!

These are too cute! I'm going to have to try them!